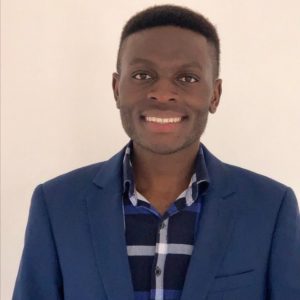 This profile features OGs from the class of 2015, Michael Dzine and Prince Chakanyuka, who were two of the 10 Zimbabwean Rhodes’ Scholarship finalists for 2019.

From a pool of 132 applicants for just two highly-coveted scholarships, Michael and Prince attended a reception for finalists, where the winners were finally announced.  Although neither OG was awarded a scholarship, they are both aware of how fortunate they were to have reached the finals, and see the journey as an invaluable learning curve.

“Being part of the scholarship process was an experience like no other,” said Michael.

“It was empowering being among such inspirational candidates.  It showed me how l can best place myself in positions that’ll allow me to utilise my skills in creating a positive impact in the community around me,” said Prince.

Michael’s in his final year at Asheshi University, a Ghanaian liberal arts’ college, studying a BSc in Electrical and Electronic Engineering.  He is involved in research concerning distributed energy systems, and is currently studying in Sweden where he’s working on a project titled “PV/Battery Grid-Connected Systems’ Load Scheduling.”   Interestingly, he has also developed solar powered egg incubators with a group of MIT and Stanford University students. 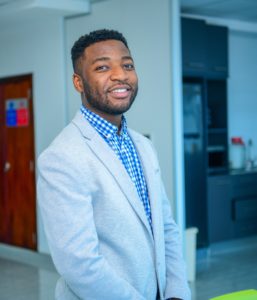 On the other side of the world, Prince is in his final year of a BSc (Hons) in Medicinal & Biological Chemistry as a Mastercard Foundation Scholar at the UK’s University of Edinburgh.  “During my time at uni I’ve been involved in a number of entrepreneurial activities which led me to participate at the 2018 Enactus World Cup Competition in Silicon Valley, representing Enactus UK, where our team was ranked in the top eight. 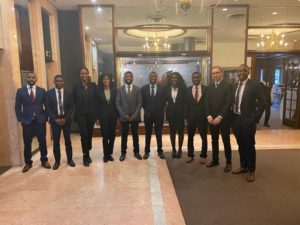 While being a Rhodes’ scholarship finalist is an honour in itself, both Michael and Prince attribute their successes to their humble beginnings as Makomborero students.  Makomborero is a local trust that invests time in Zimbabwe’s disadvantaged communities and helps support talented students, allowing them to complete their education and attain excellent grades in their A-levels.

The College has had many Makomborero senior students pass through its gates over the years.  Michael completed part of his secondary education at Zengeza High School while Prince had attended Mufakose 2 High School before both of them entered Lower 6 at St George’s.