Another Great last Minute Comeback to Clinch a win! 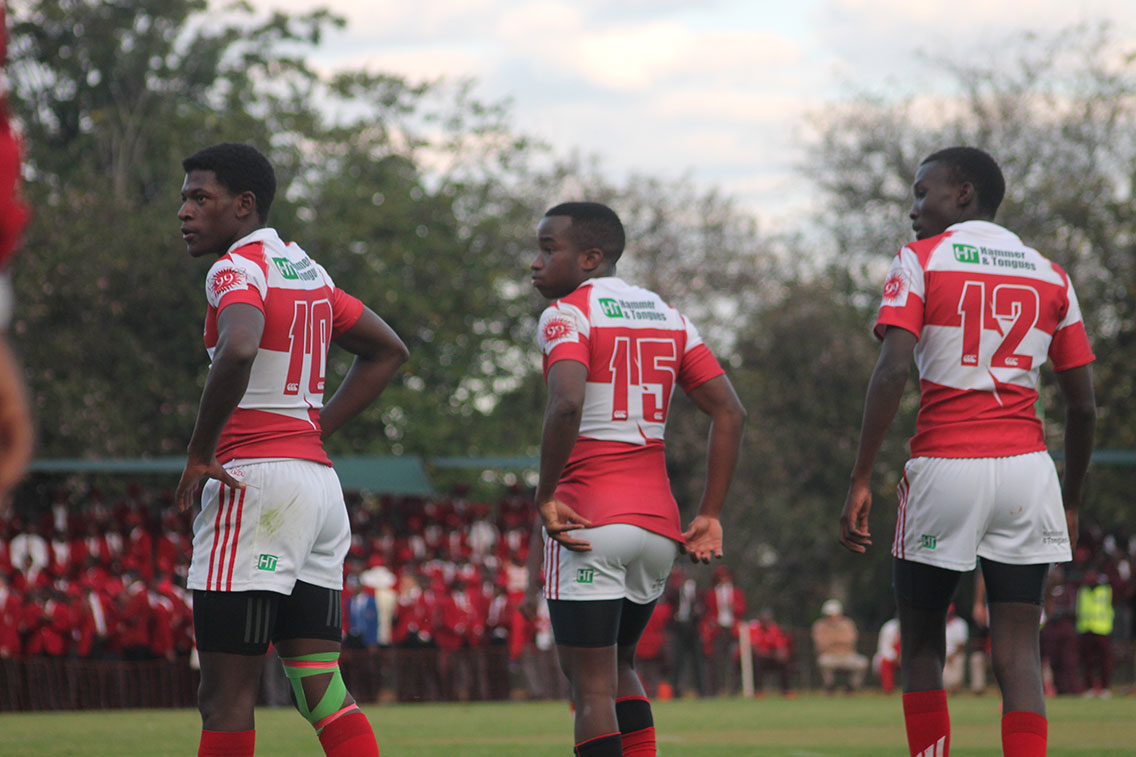 The Kyle team were certainly determined to upset our structure and rhythm and took more of their chances and opportunities than we did in the first half to open their scoring from a penalty, then a converted try and then another penalty goal to our converted try by A Zivanai to lead 13-7 at half time. We were subjected to all sorts of pressure, a lot of which was caused by us by the many errors we made and the panic situations we found ourselves in because of these.

At least we had points on the board, but in the second half it was Kyle who piled on more pressure and scored a converted try and added another penalty to look well in control to lead 23-7. Fortunately for us they had 2 players yellow carded within 6 minutes of each other and it was then that we suddenly clicked back into gear and made our come back! J Makwabarara ran from a penalty

awarded to us to score our second try which was not converted. We then kept up some more pressure on Kyle and a great move from a penalty tap and go saw S Magede break away, pass to P Mwendamberi who just off loaded in a tackle to see T Mkaratigwa fly towards the try line to dot down for a well deserved converted try. The score was now 19-23. The game was on and we had just on 10 minutes left to play!

Kyle added another penalty to make it 19-26 amid some very un- sportsman like jeering from our meagre support on our stands!

This is not the way we expect St George’s to conduct themselves!

From the kick off we were awarded a couple of penalties, managed to get a great touch finder by R Munyeza and won another penalty for us to take a quick tap and go for J Makwabarara to go over for another converted try to draw level on 26-26.

We slipped in our attempt to run from the restart and allowed Kyle to have a scrum in a very kickable position close to our line. The fly half who had such a good left boot and given us headaches all match, took a snap drop kick, but luckily for us he missed!

We booted the 22m drop out far down field, and Kyle kicked it out on the full to give us a line out just inside their 22m line. We won it and got our forwards to maul it up towards their line. Kyle col- lapsed the maul, we won another penalty and repeated the whole

process until we scored another well worked try by F Musaka under the posts.

This was time up and although T Makoni missed the conversion we had done the impossible again and scored 19 points in the last 10 minutes to beat a distraught Kyle team who thought they had the game in the bag!

Well played to our ‘never say die’ 1st XV and again to our Captain C Duffield who led them from the front!