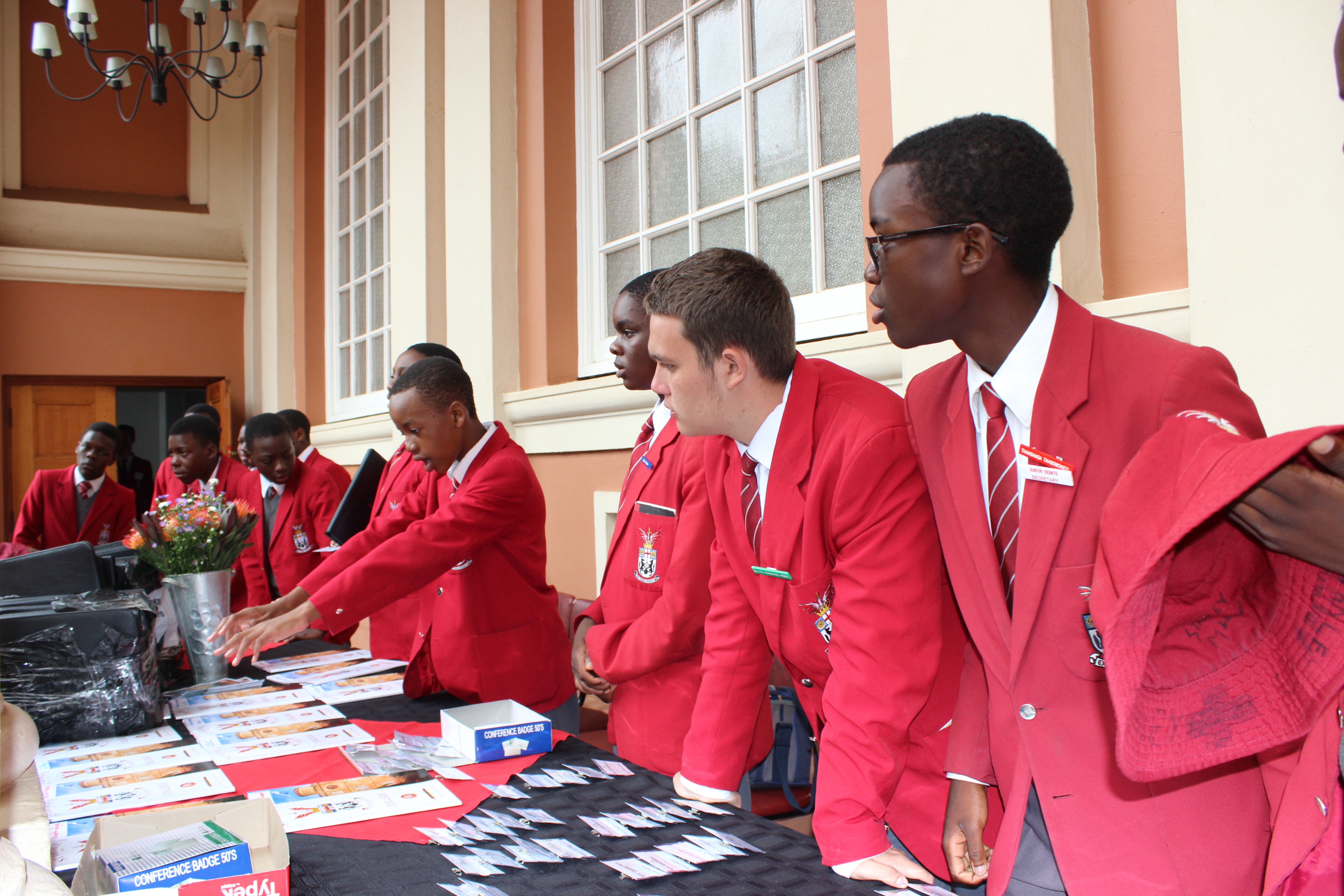 On Friday the 9th of February St. George’s College was privileged to host the third edition of the prominent ATS Senior Debate Tournament. There was a sharp juxtaposition between the gloomy and wet conditions outside to the intense and fierce exchange of arguments inside the debating venues.

The tournament fielded 20 schools from all over the country and hence fielded a myriad of different debating ability, style and strategy. Adjudicators had to fulfill the arduous task of granting a winner after each debate. All teams had to go through four preliminary rounds and win in order to have enough points to break into the semi-finals. After four rounds of overwhelmingly high standards of debating across the board, the following teams faced each other in the semi-finals:

An inspiring performance from the St George’s College team comprising of Ankush Chohan, Alvin Chafa-Govha, Dumiso Johnson-Brickhill and Kuziva Zvokuomba resulted in their progression to the final against Petra High School. Room temperature doubled as the complete passion of the dragons blazed and melted the Petra delegation in the final debate and the home team was pronounced the champions.  Overall, it was perhaps the most organised and exciting ATS tournament since its inception and there was a remarkable increase in the quality of argumentation produced from all schools.

Kudos go to the St. George’s debate team for their huge success as well as to Mr. Paulser for working tirelessly in arranging the event and Mr. Murondoti for comprehensively training the team to be winners. It must also be recognised that Dumiso Johnson-Brickhill was awarded a certificate and medal for being ranked the 6th Best Speaker of the tournament. Well done to our fine gentlemen and we wish them success in the future tournaments.