BATTLE OF THE SAINTS 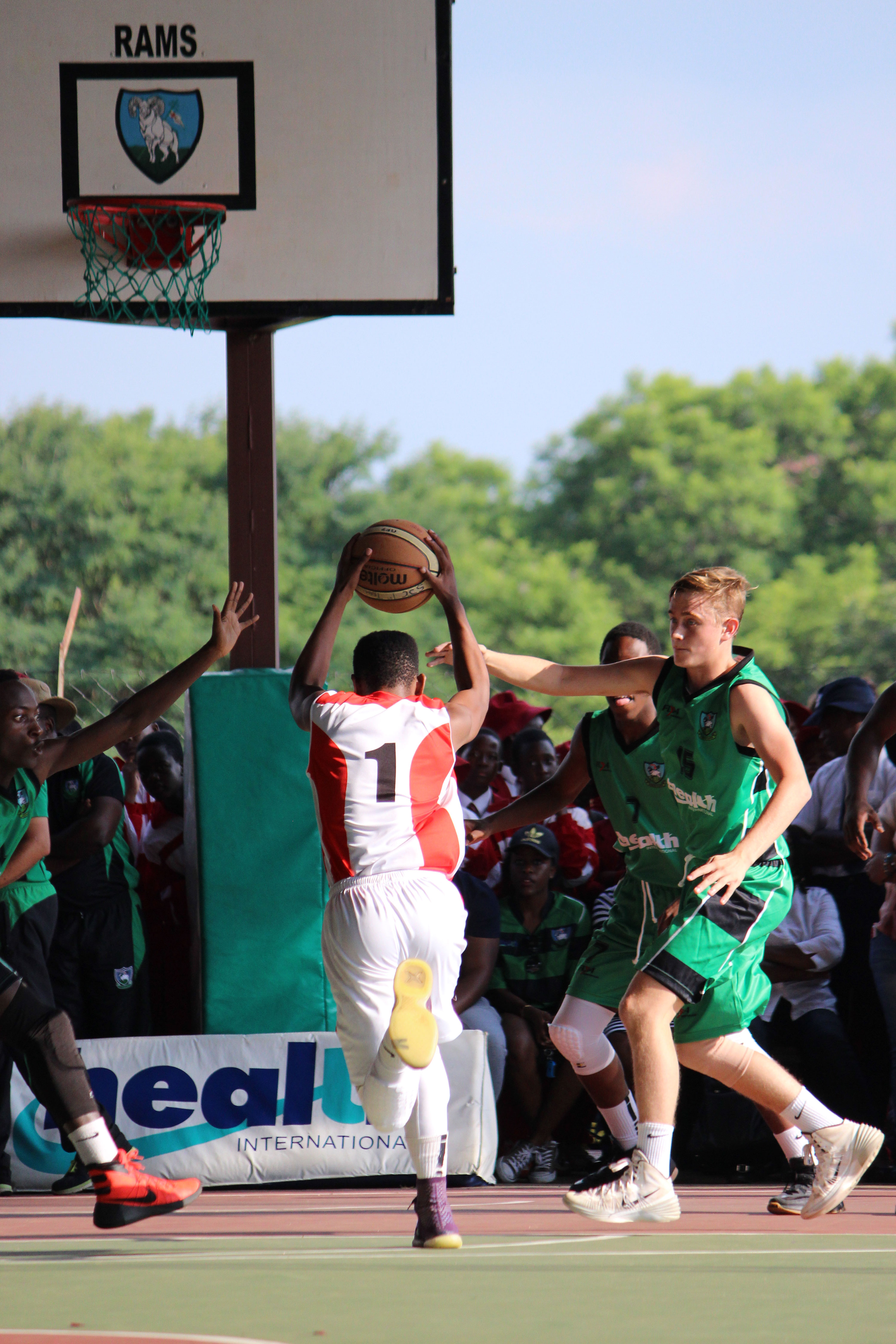 This game is the, or one of the most attended games of the basketball season and was given the name “Battle of the Saints”. St. John’s College had the home court advantage in this clash which always has an effect. The atmosphere at 3 o’clock was astounding as the stands were full 30 minutes before the start of the game.

As usual, St. John’s being the home team had a bigger crowd. We made our way onto the court and were followed by St. John’s lead by their pipe band. We won the jumpball but we had not yet settled into our rhythm and had an 8-minute dry patch before the Rams opened up the scoreboard scoring the first basket. The game was tense as it was 13-11 to the Wolves at half time.

After half-time, we stepped up our defence to a 2-2-1, which helped us gain a 10 point lead. The senior members of the team carried us as we slowed the game down to run time and get easy baskets.