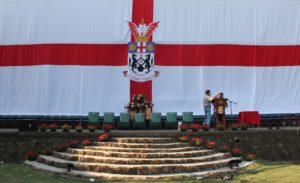 Headmaster John Farrelly was recently invited to attend the “Outstanding Cambridge Learner Awards” at which students from 34 Zimbabwean schools were present.

The College was well-represented by having the Top in Zimbabwe Awards going to the following OGs (all from the class of 2018) and a current Upper 6 student:

These awards were followed by the Best Across Awards which are awarded to learners who have achieved the highest cumulative total standard marks over a set of subjects.  There are three such awards in Zimbabwe: one for IGCSE, one for AS and the third for A Level.  Ross Geddes was awarded Best Across Zimbabwe at A Level.

(Since then, Ross has been offered a university scholarship by the Dyson Institute of Engineering and Technology in England, based at the Dyson technology campus.)

“I only wish that the entire student body could have accompanied me to acknowledge the supreme efforts made by all the learners present, and be suitably inspired,” said Mr Farrelly afterwards.