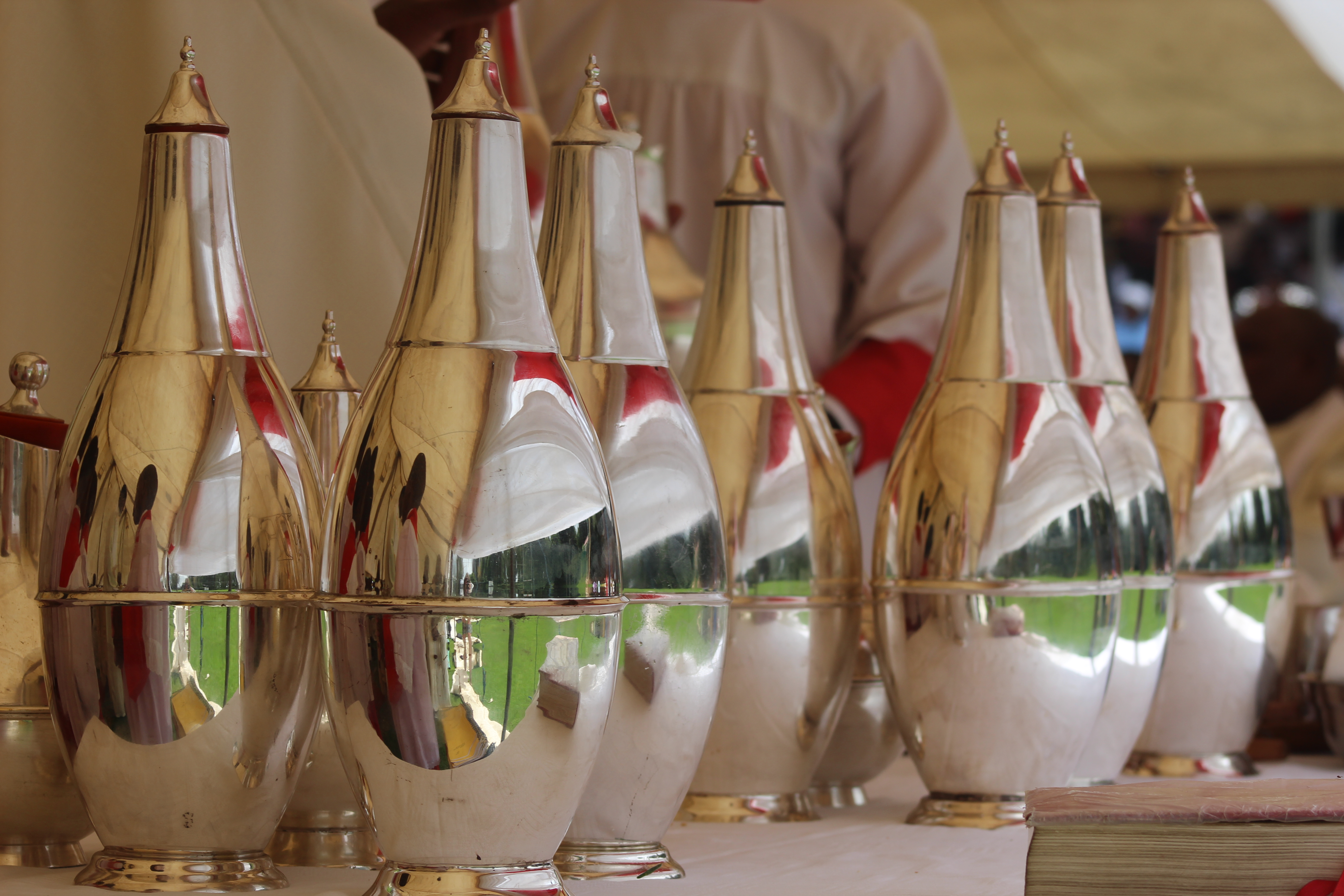 THOUSANDS of Roman Catholics thronged the St Georges College grounds last Tuesday to attend the Chrism Mass that was concelebrated by Archbishop Robert Christopher Ndlovu and the Papal Nuncio to Zimbabwe, Archbishop Marek Zalewski, as well as over a hundred priests from all parishes in the Archdiocese of Harare.

The mass, traditionally held on Holy Thursday, was this time celebrated on a Tuesday after the resolution made by the ‘Senate of Priests’ to allow sufficient time for priests to travel back and prepare for the Easter liturgy in their respective parishes.

Chrism is a Greek word that means anointing.

In this special mass that is celebrated by a bishop of any diocese with all the priests of that diocese as well as the laity in attendance, the bishop consecrates different oils that will be used for administration of certain sacraments as well as other ecclesiastical functions.

In the same mass, all the priests renew their commitment to priestly service.

Archbishop Ndlovu remarked that there is need in this Jubilee Year of Mercy to seek the mercy of God which is important to Priesthood as priests are indeed agents of mercy.

The Jubilee Year of Mercy is a Roman Catholic period of prayer held from the Feast of the Immaculate Conception (December 8 2015) to the Feast of Christ the King (November 20 2016).

The Archbishop also implored his ‘sheep’ to approach the door of Mercy in the Sacrament of Confession, as it is through this sacrament that the dignity of priesthood is brought about.

“As we are going to renew our priestly vows, let us all try by all means to truly emulate our Patron Saint (Of Parish Priests) John Vianney who used to spend up to 16 hours in the confessional, hearing confessions of the faithful. We are the face of the lord. The faithful need salvation but we are not giving them time for confession. We are only found at the venue only during mass,” he said.

He also said priests should make it possible for the faithful to have the sacrament of confession.

Archbishop Ndlovu then went on to consecrate three different oils — the oil of Chrism, the oil of Catechumens and the oil of the sick.

These oils are to be used in the Archdiocese throughout the year for the administration of sacraments such as baptism, confirmation, and Holy Orders, among other uses. (Story taken from The Sunday Mail – 27 March 2016)