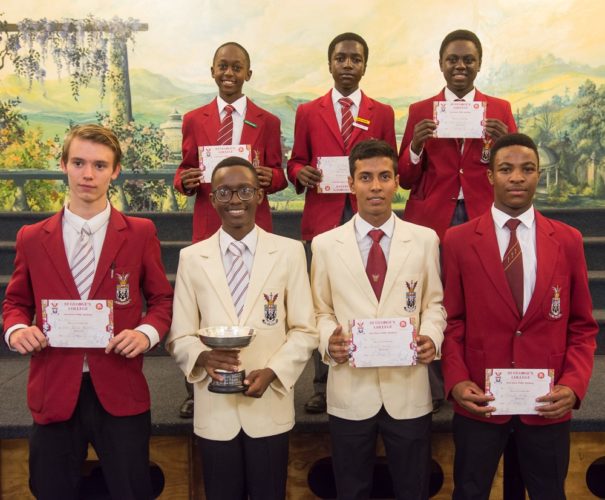 On the 1st of April, St George’s College held the annual Public Speaking Competition. The format slightly changed this year as there was the addition of another speaker per house in the Senior Category. The panel of adjudicators included Mr C Charamba (Chief Adjudicator), Ms C Hall and Mr M Shoniwa.

The standard of public speaking was high from the Juniors to the Seniors. There was a variety of different types of speeches which were thoroughly enjoyed by the parents, staff and students.

J Mupawose from Johanny won in the Junior Category with 204 points. He delivered a scintillating prepared speech entitled ‘The Matrix’, which was well received by the audience. The runner up in this category was G Mandiwona from Barthelemy.

The Senior Category showed refined speakers with speeches which were exceptional.  There was fierce competition and only one point separated first and second places.  K Zvokuomba won with 229 points. His motivational speech was entitled ‘Rise’ and the audience soaked in the powerful message. The runner up was A Chohan, just one point behind with 228 points.

The standings at the end of the night were as follows: