Just In : Saints Wins U17 Tournament In South Africa 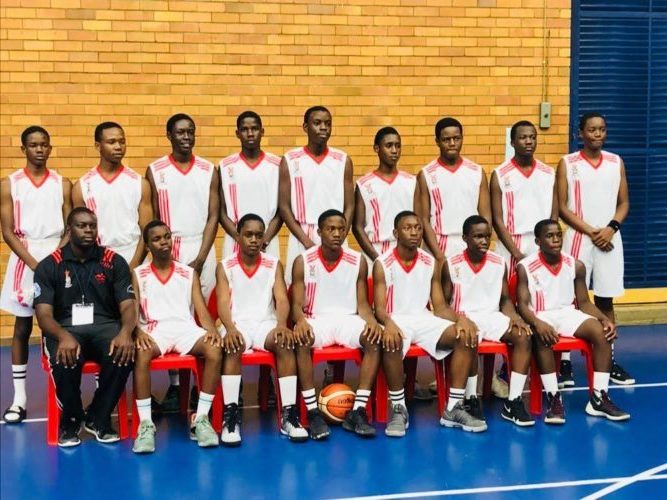 We went on a basketball tour to South Africa from 14 to 18 February to St Stithians. We travelled well and started our games on the 15th. We comfortably won the first group game against Queens College from KZN and that created problems for us as we were not mentally prepared to play our second game against a well drilled Kearsney and as a result we lost that game by 9 points. That proved to be a wake-up call and that motivated the boys to play well in our last group games. Our next game and last game of the first day of games was against Pretoria Boys. It was a tough game, but we were able to control it and win by 7 points. By the end of the first day all the top four teams in the group were tied on 5 points.

On the second day of games, it was raining in the morning, therefore games started late and we played one game against Redhill, but the game could not be finished because of the rains. The last few minutes of the game were played on the final day, on Sunday. Key players were rested in that game and we won comfortably by 19 points. The last group game against Jeppe was a decider as only a win would have put us through to the knock-out stage. The game was energy sapping and a very tactical game. We were relieved when we managed to win it by 24 to 20 points. Therefore, we were tired when we played in the quarterfinal against the hosts. We struggled initially, but we were able to maintain a respectable score until the last few minutes of the game when we pushed for the win.
We played Maru a Pula of Botswana in the semi-final and we played with more energy and we won the game with some excellent play from the captain, T Kambani, vice-captain Tanatswa Jimha, Z Chikoto and I Muwani.

The final was against Kearsney and the boys were prepared not to lose again to the same team. We started poorly after resting our key players. We were down by more than 10 points at one time, but the boys continued pushing. Tanatswa Jimha, I Muwani, T Kambani and Z Chikoto continued to provide inspiration. With 2 minutes remaining, we got 2 important baskets from D Mazorodze and with a minute remaining the score was 42 all. We played for time, rotating the ball so as to score the killer basket with seconds to go. We got a shooting foul and D Ma – zorodze converted both and we were leading by 2 points with 6 seconds to go. However we committed a shooting foul soon after and we were lucky that there was one conversion and a miss. We eventually won 44-43. This is our first time to be champions in this prestigious tournament which had 24 teams from four different countries. Z Chikoto was voted the most valuable player, while Tanatswa Jimha made it into the all-stars team. Well done to the boys. We travelled safely back to Zimbabwe.

We would like to thank the school and the basketball parents who made it possible for the boys to participate in this tournament. Thank you coach, C Kufeketa, for a job well done.
View photos here