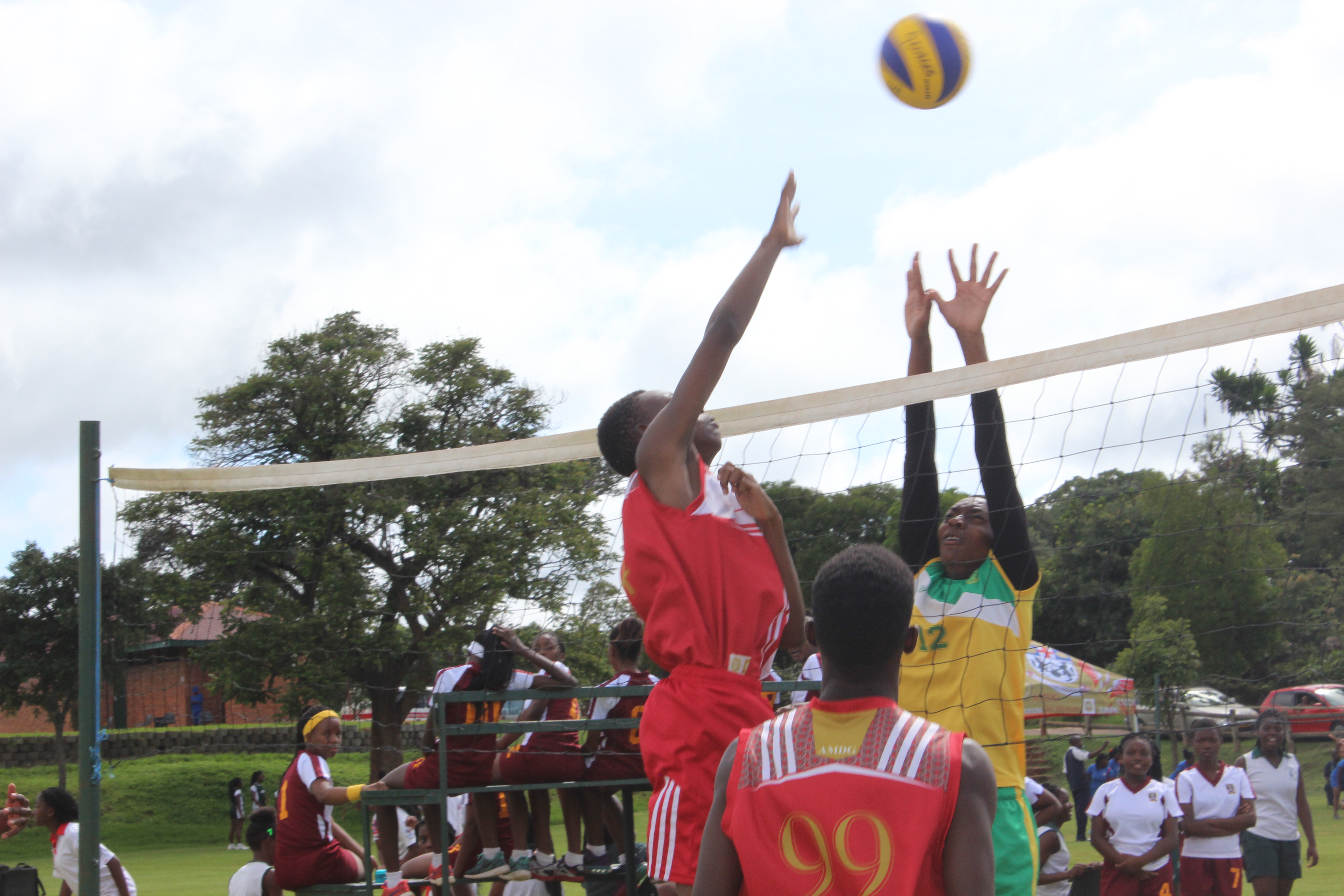 St George’s College Volleyball team started off the tournament with a bang against their first opponents, Christian Brothers College (CBC). The Knights won the first set fairly easily with an onslaught of attacks coming from Michael Chihumbiri and Godwin Chirimuta. Excellent balls were being dished out by their setter and Captain, Takudzwa Mautsa, ending the first set at 15-9. The following set was not as fast-paced as the previous one but the Knights didn’t falter and remained on top of their game with solid blocks coming from central blockers Tinotenda Chimuka and Tirivashe Chimbetete, with the Knights winning the second set 15-11 and finishing the game at 2-0.

They then went on to face Bernard Mzeki College. Their opponents launched their attack on St George’s from the beginning, putting the Knights on the defensive. The College’s libero, Kudzai Sengurai, did an excellent job manning the defence and keeping the ball alive as often as possible, but they failed to reverse the momentum and counter-attack effectively, so the Knights conceded the first set 15-13. There was an improvement in the second set, with the team attacking far more, with brilliant sets coming from Takudzwa Mautsa which were then converted into points by Michael Chihumbiri, Tonderai Saburi and Godwin Chirimuta. These attacks, along with support from the central blockers, meant that the Knights reached deuce.  However, in the end Saints failed to hold the lead for long enough and lost the second set 19-17, giving BMC a 2-0 win.

The last two games played were against St John’s Emerald Hill and Tynwald. The Knights did not let their loss to BMC affect their game, and beat St John’s 2-0 then went on to dismiss Tynwald 2-0 in the same manner.

Overall, St George’s College’s first team came second to Bernard Mizeki in the U20 age group, with the U16s coming first. In the girls’ U20 section, Watershed were the winners, and Arundel topped the U16 age group.

Special mention must be made of the following players who were awarded individual prizes:

Genius Mbambu – Best Attacker and Most Valuable Player U16