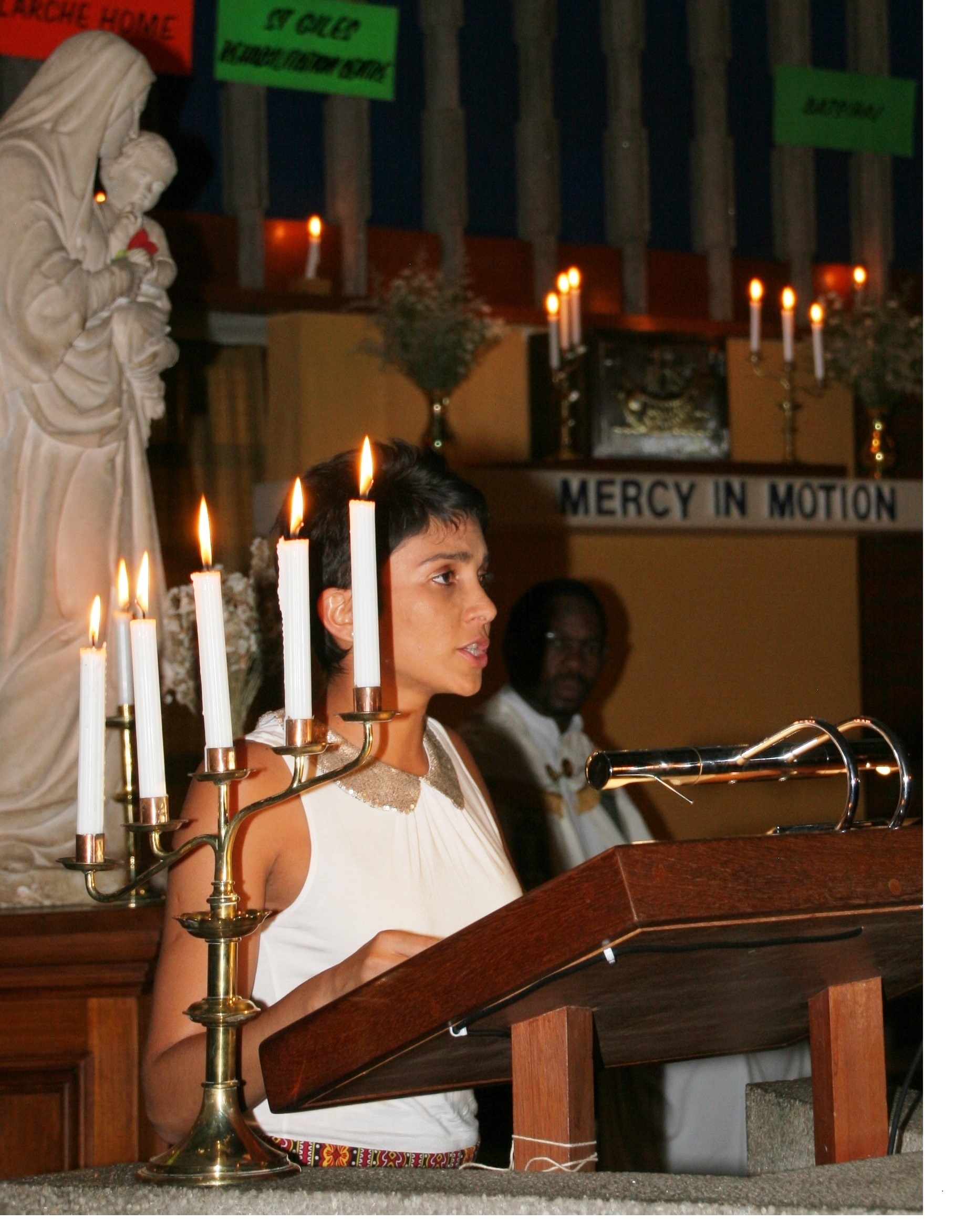 St George’s College in Harare, Zimbabwe, is the first Jesuit secondary school in the world to hear about Mercy in Motion.

On February 4th Zerene Haddad, JRS International Fundraising Coordinator, was invited to give the reflection at the closing ceremony of the Service Projects, which is compulsory community service for 3 weeks for any students who wish to enter as a Lower 6 Senior students.

While praising the commitment students have made to be “Men for Others”, Zerene recognized the role of each one of us to ensure those who have lost their homes do not lose their hope.

Education is the most valuable asset a human being can possess. Among refugee children, only 36 percent globally go to secondary school. Less than one percent of refugee children have the opportunity to pursue a higher education. In the Middle East and North Africa alone, 13 million school-aged children are out of school. That is all of Zimbabwe’s population.

It is for these reasons that JRS has chosen to focus on education. At this present moment, we reach 120,000 refugees with educational services. For JRS education encompasses pre-primary, primary, secondary, tertiary, vocational skills and teacher training. Our goal is to increase this number to 220,000 by the year 2020.

Here’s an extract of her speech:
“Not too far away – about 560km to be exact – on a dirt road somewhere between Chipinge and Chiredzi, is a refugee camp. Tongogara refugee camp has been in existence in Zimbabwe since the 1980s. It was first established to house the Mozambican refugees during the war, who have since returned to Mozambique.  But now it is home to ten thousand Congolese, Rwandans, Burundians, Ethiopians, Somalians and many others from across Africa. And there, in that camp, is Saint Michael’s Secondary School that is run by JRS.

Saint Michael’s is home to 555 students, some are Zimbabweans from the local community nearby, but most are refugee children. A lot of them have never seen the countries they call “home”. They do not know what the rain in Congo smells like when it hits the soil. They do not know what mist in the mountains of Burundi looks like early in the morning. They have been born and raised in Tongogara camp, without electricity, without running water, without a town nearby, surrounded by dust and that interminable lowveld heat. Some children have never left the camp, not even to go to Chipinge, can you imagine what coming to Harare would be like for them? I bring up these students because they are just like you. They are teenagers, who may have been cut off from the world, but they are desperate to be part of it. I was recently in Tongogara, and of all the things I saw there, the image that struck me the most was of two girls and a boy, roughly your age, lying on a mat under a tree. In front of them was a laptop, which was connected to a solar panel lying in the sand in the sun, which was connected to the battery inside a kiosk. I would like to see any one of you show that much commitment to keeping up with your TV series the next time the electricity goes out here. While St Michael’s is doing an extraordinary job of educating these children with very little resources, there is one problem. Up until now, St Michael’s only provides education up to Form 4. For students who want to do their A Levels, funding is provided by NGOs and the UN Refugee Agency to attend local boarding schools in Mount Selinda or Chisumbanje.  However, the funding for these scholarships will cease at the end of this year, already there are an estimated 100 students in the camp, who are just sitting around every day, unable to complete their secondary education. Their parents cannot afford the fees for local schools, because by law refugees are not permitted to work. JRS will expand the capacity of the school in the years ahead, but what about now?”

St George’s College immediately joined Mercy in Motion. Teachers and parents started collecting money, while students shared their experience of how Service Projects had changed their lives. Plans are underway to ascertain how the school can engage on a longer-term basis with their counterparts in Tongogara refugee camp. The passionate response to this call to put their mercy in motion sets a standard for others to follow.
All Jesuit networks, universities and schools around the world are invited to participate in Mercy in Motion in whichever way they can, be it from financial support to establishing partnerships or sharing resources.