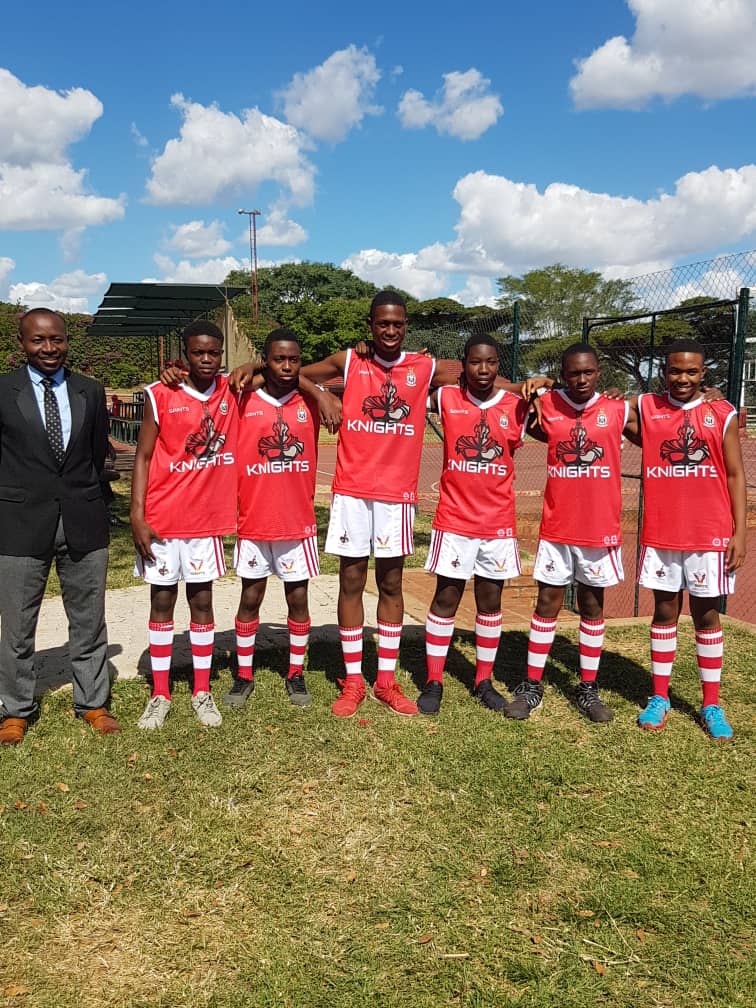 The St George’s U18 Volleyball team left for Mazowe High School at 7.30am.  To our surprise we were the first team to arrive but then had to wait for other teams to arrive.  We used the extra time to train as we were keen to get going.  We wanted to redeem ourselves from our narrow loss the previous day to St John’s Emerald hill.

At 10am we played our first match in pool B, versus Visitation Makumbi and in a pulsating game, we fought to the death and narrowly won 2-1.  That boosted our confidence and we were ready to play Mazowe who were our toughest competitors in that pool.  However, we fell short in our final group game against a Mazowe B side but still progressed to the quarter-finals as the top two teams from each pool went through to the last eight.

We were drawn against the fearsome Churchill in our quarter-final game.  We made hard work of what should have been an easy winner but thanks to some clinical attacking and aggressive blocks, we pulled through and advanced to the much-anticipated semi-finals.  We were drawn against a relatively unknown Chinhoyi side who pushed us right to the edge.  The game went into a deciding set and we proved why we’re now one of the best volleyball teams in Zimbabwe as we spiked and blocked our way into the final with a 15-12 win.

In the final we were pitted against the much-favored Mazowe A home side.  Mazowe always looked the better team but we disrupted their flow and slowed the game down as much as we could, but despite it all, we just fell short, eventually losing 13-15 and 12-15.

St George’s did considerably well as we made it all the way to the final for the first time in the College’s history despite missing two of our starting players who had athletics’ commitments.  Special mention must be made to Isheanesu Mauchi who won the Best Attacker award.  Thank you to our team Captain, Kundai Marimira, for showing great resilience when the odds were against us and encouraging us to keep fighting until the end.

This was a  great all-round performance from the College, with players showing great fighting spirit despite the odds heavily stacked against us.