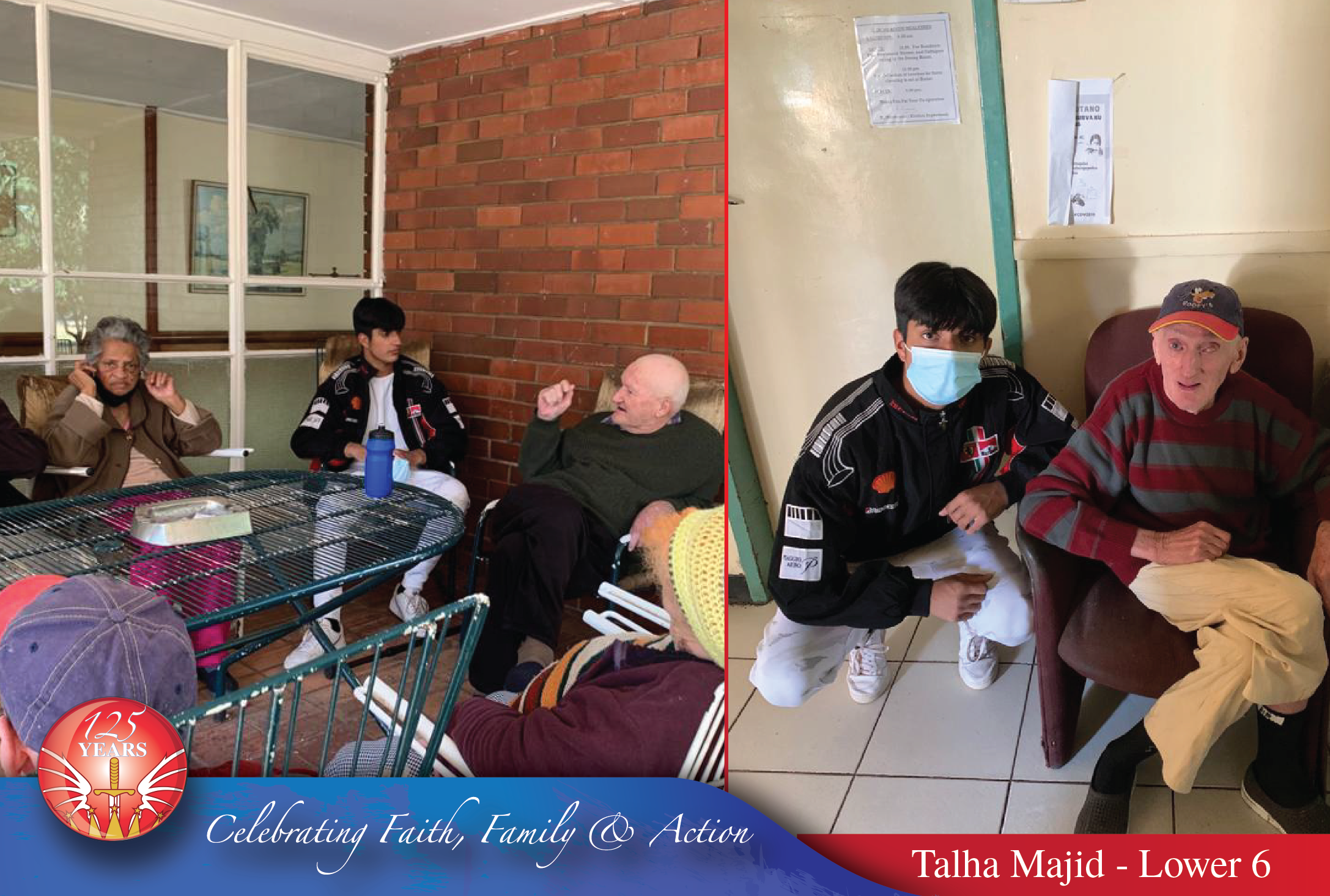 “In early April, during the two-week school break, I volunteered to help out at B.S. Leon old age home. Due to the COVID-19 restrictions, the annual Service Projects at the College were cancelled. I was really looking forward to being part of a Service Project, where I would be able to embark on the journey of self-discovery and service. Growing up, it was great to see the profound effect it had on my older brother five years ago. This was my motivation behind going to help out at B.S Leon. I couldn’t have been more right as my short time there was truly life-changing. During my time at B.S Leon, I would go in every day from 9am – 11 AM, check in with a manager and make my way to the veranda where residents would be having their morning tea or just socialising. I planned to spend 15 minutes with a resident at a time which allowed me to meet as many people as possible. Initially, I was nervous about meeting so many people at one time, and about how to respectfully conduct myself.

After introducing myself and speaking for a few minutes to the handful of elderly people on the veranda, my natural charisma took over and I ended up entertaining more than ten of the residents for the two hours I was there. It was a fantastic first day; in which I became acquainted with most of the elderly people. The next day, we played bingo where I was the spokesperson who had to call out (scream in reality) the numbers. After this, I spent the rest of the day chatting to the elders individually and this is really where my experience changed.To sum it up in one sentence: “the best classroom is at the feet of the elderly”. What I heard from these people was heart-breaking, inspiring and uplifting. They had so many great stories and life experiences. After spending a lot of time there, I feel that I have only just scratched the surface of the wealth of experience; but just that scratch has completely changed the way that I look at life. It has forced me to re-evaluate my way of life and my plans for my future. Speaking to the elderly people was upsetting, in a way, because I could feel their loneliness. They just wanted someone to speak to, even if it was for a short while. Despite only being able to spend fifteen minutes with them individually, I could see the joy on their faces as that fifteen minutes meant a lot to them. I noticed the residents liked to read magazines a lot, however, they had a limited supply so they read the same thing multiple times a week. Fortunately, at home, we have hundreds of magazines lying around collecting dust, so I brought them for the elderly residents to enjoy.

Honestly, it was hard to say goodbye to everyone who I had met. I had grown attached to the elders who lived there, to their kindness, wisdom and advice. The feeling was mutual – they had grown attached to my many stories, charismatic nature and juvenile jokes. They repeatedly asked me to promise to return and of course I did. I can’t wait to see what my next visit will bring.”