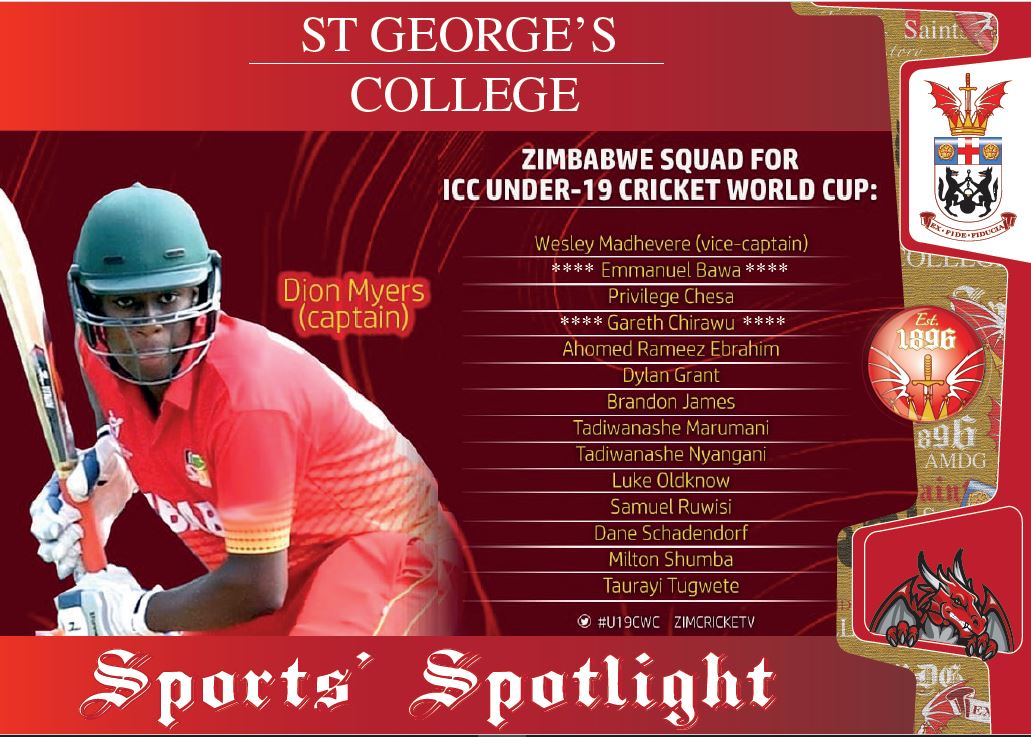 In January 2020 the 13th edition of the ICC U19 Cricket World Cup will be held in South Africa, with three St George’s representatives in the Zimbabwean squad.

Dion Myers will captain the Zimbabwean squad of 15 as they embark on the 24-day tournament, starting mid-January.  Not new to the pressures of this tournament, Dion was a member of the previous Zimbabwean team that participated in New Zealand two years’ ago.

Myers, who will be in Upper 6 next year, will be joined by fellow College team mates Gareth Chirawu (who finished Upper 6 this year), and Emmanuel Bawa, currently in Form 4. 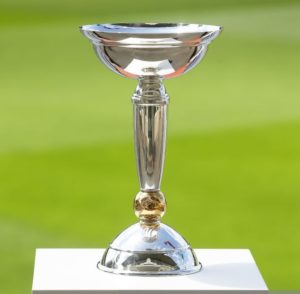 The ICC U19 World Cup Trophy

This is the second time South Africa has hosted the event, which will be played in four cities and at eight different venues, with the final on 9th February.  Zimbabwe is in Group C, together with Pakistan, Bangladesh and Scotland, and following its warm-up games, will take on Bangladesh in its first match on 18th January.