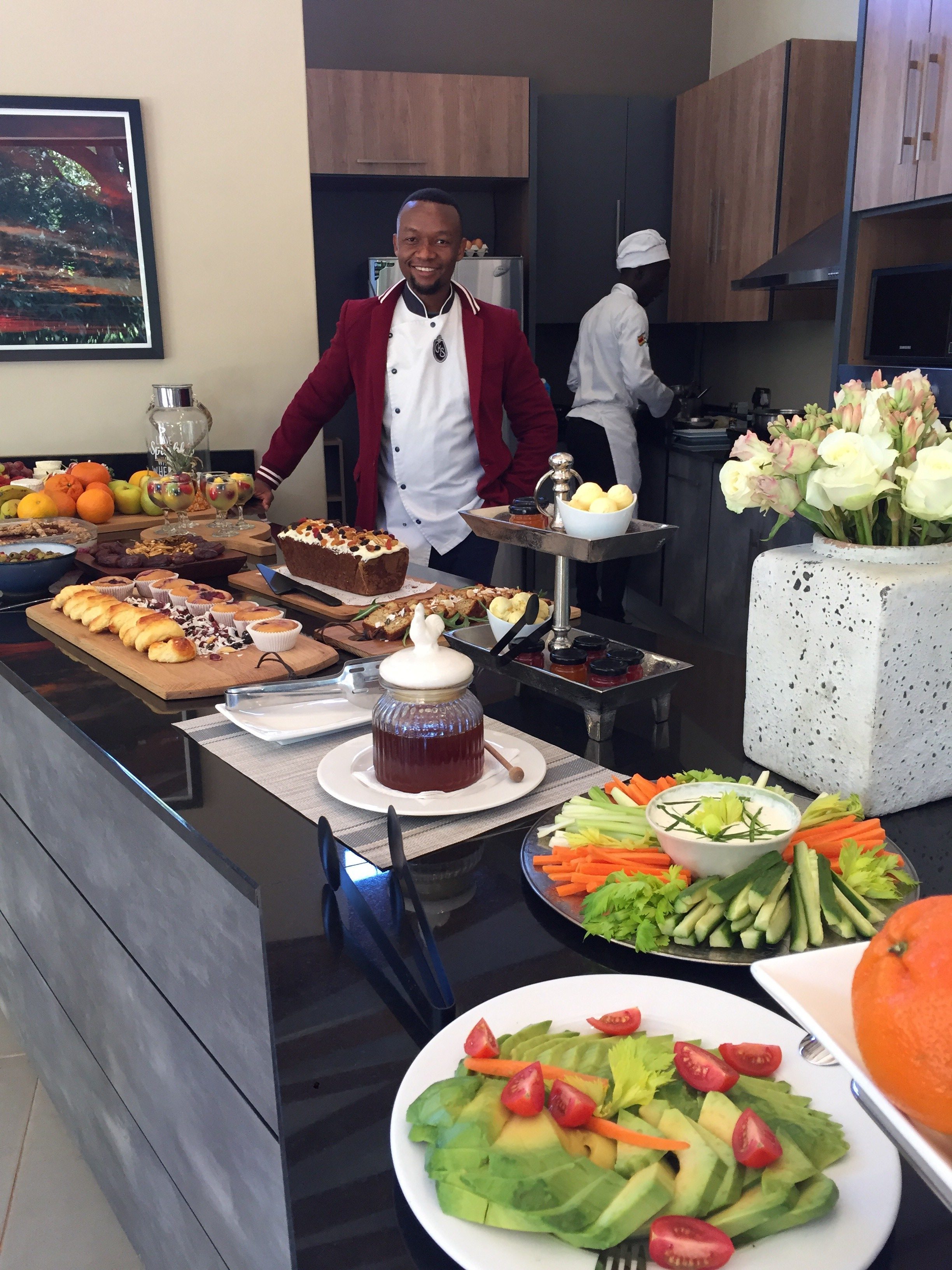 OG Samson Makoni (would have been class of 2008 if he had remained at College) is a chef who studied for his City & Guilds’ certification at the Capital Hotel School & Training Academy in South Africa.

After his stint as a trainee, he graduated and began working at the Brasserie de Paris (a French fine dining restaurant in Pretoria), before returning to Zimbabwe to work at Vanilla Moon, then Sandalwood Lodge as its head chef.  Within the last couple of months, however, he took the leap and has branched out on his own.

“I used to help my mother cook when I was young and it left a lasting impression,” he said.  “I fell in love with the art of making food, and the passion that cuisine inspires in us. It’s simple really: food brings balance to my life.”

Samson’s plans are to see his business grow regionally and globally, by offering a world-class service in fine dining and personal cuisine to private parties, business launches, house calls, lessons/training and consultancy.